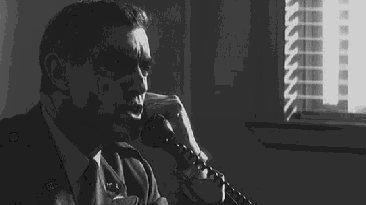 Did a conspiracy strip the President of protection in Dallas?

X
In November '63, one week after the murder of Vietnamese President Diem in Saigon, and two weeks before the assassination of our President . . . I was sent by my superior officer, call him Y, to the South Pole as the military escort for a group of international VIP's. This trip had nothing to do with my nine years of work in Special Operations. It was sort of a "paid vacation."

. . . Anyway, after I came back I asked myself why was I, the chief of special ops, selected to travel to the South Pole at that time to do a job that any number of others could have done? One of my routine duties if I had been in Washington would've been to arrange for additional security in Texas. The Secret Service is relatively small, and by custom the military will augment them. I checked it out when I got back and sure enough, I found out someone had told the 112th Military Intelligence Group at 4th Army Headquarters at Fort Sam Houston to "stand down" that day, over the protests of the unit Commander, a Colonel Reich . . .

We see an outdoor shot of the Texas Army Headquarters on a day in 1963. Inside, on the same day, Col. Reich is on the phone, puzzled.

X (VOICE OVER) (CONT'D)
Now this is significant, because it is standard operating procedure, especially in a known hostile city like Dallas, to supplement the Secret Service. Even if we had not allowed the bubbletop to be removed from the limousine, we'd've put at least 100 to 200 agents on the sidewalks, without question! There'd already been several attempts on De Gaulle's life in France. Only a month before in Dallas UN Ambassador Adlai Stevenson had been spit on and hit. We'd have arrived days ahead of time, studied the route, checked all the buildings . . . We never would've allowed all those wide-open empty windows overlooking Dealey . . . never . . . We would have had our own snipers covering the area. The moment a window went up they'd have been on the radio. We would've been watching the crowds -- packages, rolled up newspapers, a coat over an arm, never would have let a man open an umbrella along the way -- Never would've allowed that limousine to slow down to 10 miles per hour, much less take that unusual curve at Houston and Elm. You would have felt an Army presence in the streets that day, but none of this happened. It was a violation of the most basic protection codes we have. And it is the best indication of a massive plot in Dallas.

This is shocking information, no doubt. But it is also pure fiction.

The mystery man portrayed by Donald Sutherland is indeed "loosely based" (as Oliver Stone puts it)(2) on a real person, US Air Force Lt. Col. L. Fletcher Prouty, who in 1963 was serving as the Air Force liaison to the CIA. Prouty had no responsibilities related to the Secret Service or presidential protection; he had no access to Secret Service protective procedures or inside information about protective codes; his trip to the South Pole could not have had anything to do with the Kennedy assassination. All of this is fiction, designed to lend credibility to what is, in reality, nothing but L. Fletcher Prouty's speculation.

For example, it has always been a claim of Prouty's that the 112th Military Intelligence Group at Fort Sam Houston was ordered to "stand down" that day, and not participate in the protection of the President. But the House Select Committee reinvestigating the assassination in the 1970s investigated the claim and found that no such phone call was made and no such order was given. In fact, Lt. Col. Robert E. Jones, who in 1963 had been commanding officer of the military intelligence region that encompassed Texas, told congressional investigators that the 112th did provide protection for the motorcade!(3)

Even a cursory examination of other presidential motorcades demonstrates that Prouty had no idea what he was talking about. For example, in the photo below, note all the people hanging out of open windows during this 1963 motorcade in Dublin. 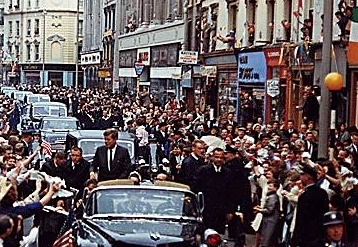 Courtesy of the Kennedy Assassination Home Page.
Click here for the full image.

Less than two hours after the shooting, ABC newsman and former Eisenhower press secretary James Haggerty stated, "I have seen many motorcades. . . . A rifle shot . . . from a window of a building is pretty hard to guard against. . . . In a large city it is impossible to guard every single window. In the years that I served with General Eisenhower, the only time I ever saw all windows guarded in [a motorcade route] was in Tehran, when President Eisenhower went to visit the Shah of Iran."

In fact, the route chosen for the Dallas motorcade had been used for similar motorcades in the past, because of the many windows along the street. Secret Service agent Winston G. Lawson, a member of the White House detail, testified that the route was particularly favorable "since the tall buildings along the street gave more people an opportunity to participate."(4)

Prouty's other comments reveal just as little knowledge of the realities of presidential protection. He claimed that the transparent bubbletop should have been on the limousine, for example; but the bubbletop was neither bulletproof nor bullet resistant, and served only to protect occupants from the weather.(5) Indeed, JFK aide Kenny O'Donnell had personally instructed the Secret Service to keep the bubbletop off the car throughout the motorcade unless there was rain.(6)

There was nothing improper about the slow speed of the limousine, either. In fact, that day's Dallas Morning News made it clear that "the motorcade will move slowly so that crowds can 'get a good view' of President Kennedy and his wife."(7)

The Warren Commission investigated the Secret Service's procedures and its agents' conduct in advance of and during the Texas trip, in general, and the Dallas motorcade, in particular. The Commission ultimately concluded the agency's conduct (as well as that of other agencies) could have been more effective, and made numerous recommendations for consideration in the future; however, the Commission could not find reason to condemn the Secret Service's handling of the motorcade.(8)

On the morning of November 22, 1963, in Fort Worth, President Kennedy himself commented upon the difficulties of security for a motorcade. If "anybody really wanted to shoot the President of the United States," JFK remarked to aide Kenneth O'Donnell, "it was not a very difficult job -- all one had to do was get a high building someday with a telescopic rifle, and there was nothing anybody could do to defend against such an attempt."(9)

Tragically, it appears the President was right.

1. Oliver Stone and Zachary Sklar, JFK: The Book of the Film (New York: Applause, 1992), pp. 107-08. All quotations are from the shooting script and may vary slightly from the finished motion picture.

3. Hearings Before the Subcommittee on the Assassination of John F. Kennedy of the Select Committee on Assassinations, House of Representatives, Executive Session, Washington, DC., April 20, 1978, p. 1-14. Conspiracy-oriented researcher Larry Hancock has challenged the veracity of some of Jones's HSCA testimony, but affirms that Prouty's "stand down" allegation was unfounded. Prouty claimed his source for the allegation was Col. Rudolph Reich, Detachment Commander of the 316th Intelligence Corps, attached to the 112th Intelligence Corps Group at Fort Sam Houston, San Antonio, Texas. When the Assassination Records Review Board interviewed Reich in 1996, Reich denied the "stand down" story and expressed bewilderment about the allegation, explaining that his unit never did protective service and had no liaison with the Secret Service. He denied knowing or ever speaking to L. Fletcher Prouty. (Transcript of Interview of Col. Rudolph M. Reich [Ret.], July 24, 1996. Larry Hancock, "Mysteries of the 112th Intelligence Corp Group," 2001 November in Dallas Conference Presentation, Keys to the Conspiracy: The Research of Larry Hancock, JFK Lancer Inc., CD-ROM, 2001.)

A 1998 article by David Giamarco features more of Prouty's claims about presidential protection. "The streets should have been filled with military," Prouty insists. "The military were all trained for this. If you see a man open an umbrella, just go stand beside him. And just about that time, the President's coming and he moves that umbrella, you knock him down. A man with a coat over his arm, or holding a rolled up newspaper, you stand beside him."

Tens of thousands of people turned out to view the Dallas motorcade, which proceeded over a route ten miles long. (Warren Commission Report, p. 31.) How many hundreds or thousands of agents would it take to accomplish the kind of feat Prouty describes? Has there ever in the history of the United States been such a massive operation mobilized for the security of a motorcade procession?