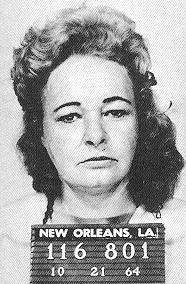 The woman known to assassination researchers as "Rose Cheramie"

Memorandum to Louis Ivon from Frank Meloche, May 22, 1967

Rose Cheramie: Staff Report of the Select Committee on Assassinations, 1979

More on the Cherami story, in the context of Jim Garrison's investigation